One October morning, I had set up an Instagram Live discussion with an old colleague of mine, Jan Booij. The idea was to have a brief talk about digital inclusion. To underline the main topic of our talk, we ended up having major internet disruptions and our talk turned out to be everything but inclusive. So here we find ourselves – recurring to the more traditional medium of writing. Furthermore, we find ourselves making two points: firstly, digitalization should change the way we organize work and services, and secondly, it is paramount that we understand society with its complexities when we share information and organize (digital) services. This written discussion leads us to make a plea for the case that digital is ultimately a tool and should not be the only means to access information or services.

Jan Booij describes himself as a father and grandfather from the Hague. Since 2005 he owns a small company that advises governments on complex questions with organizations. He also advises governments and organizations on diversity and inclusion – or as he puts it: how to become a normal modern organization. In addition, Jan works in China and connects healthcare organizations in Europe and China to promote collaboration. Before, he has worked as a director in elderly care, youth health care and within mental health care. He has also advocated for people with disabilities. To sum it up: he has plenty of experience in health and social care and the topic of inclusion.

Hanna Rantala works as the project manager of the two-year DigiOn project at Laurea University of Applied Sciences. Her background is in inclusion, accessibility and psychosocial wellbeing, and for the past years, she has been working with the topic of digital inclusion.

What has brought us together to talk – or write – about digital inclusion and information?

In pursuit of a better understanding of the changing and increasingly digitalized world.
Case 1: Providing access to information should lead to changes in how we think and organize services

Jan organizes a series of study trips with a colleague, Thijs Vink, to learn more about how people see the changing position of Europe. A group of Dutch delegates has visited Ireland, Northern Ireland, Albania, Turkey and Malta. In September, they visited Finland and Estonia.* In both countries, digitalization was one of the topics on their agenda.

In Finland, the group attended a workshop on digital inclusion, organized by three projects at Laurea University of Applied Sciences: DigiIN, DigiOn and VoimaProfi. We had prepared trend cards to represent some of the projects’ key findings and to facilitate group discussions. A topic that peaked the groups’ interest had to do with how the digitalization of health services [should] lead to changes in how health care providers organize digital support and patient outreach to meet the service users’ needs. More specifically, the visitors became interested in what it means when patients have access to their complete medical files. In theory, Jan sums up, it is very easy to be in favor of openness and transparency. In practice, however, having access to the medical files entails a series of risks health care organizations should address.

The workshop participants pondered, for example, the following questions:

And as a consequence:

We continue our talk by looking at a practical case which has to do with the need to understand society when we share information and organize services. Covid is a case to point how information overload combined with the societies’ inability to recognize diversity as a normality can, at worse, lead to unnecessary casualties. As one of the founding members of ENIEC, the European Network on Intercultural Elderly Care (ENIEC.com), Jan tells that in many European countries elderly migrants were more affected by Covid than the elderly populations overall. ENIEC members, he continues, identified misinformation, missed information and mixed information as factors that contributed to the heightened recurrencies of Covid casualties amongst elderly migrants.

What this means in practice is that many elderly migrants received simultaneously a lot of information and news from different sources; countries they are coming from, countries they are living in, sources that may or may not have been valid. With an overload of conflicting information, for many it became neigh to impossible to understand which sources were reliable and what should they do.

How can diversity, in all aspects, be the starting point and the normal situation?

Although in the case of Covid many countries did produce official information in different languages, often, this happened only as an afterthought. For instance, in the Netherlands the government published information in over 20 languages. But this happened as a reaction after the health authorities realized that migrant populations were more affected by Covid than the population overall.

Jan says that the case of Covid demonstrates that we as societies need to acknowledge that we are diverse. The diversities – in all their complexities – should be taken as the starting point and the normal situation when we are designing any kinds of services.

We discuss that such failure in recognizing diversity can also be seen in the field of digital services; we design digital services and too often find ourselves realizing that many people fail to use them. In Finland, for example, the population is regarded highly skilled in computer skills (European Commission 2022). 17% of the population, however, need digital support in order to access digital health and social care services (Kyytsönen et al. 2022). Digitalization means that many people cannot access full and equal services.

In the ideal society, digital is first and foremost a tool

On the DigiOn’s project Instagram Live discussions we have the habit of asking our guests to dream about their ideal digital societies. Jan says he struggles with the question a little. Personally, he has experienced how world has become closer as a result; it enables him to communicate daily with China, USA, Finland, Germany, Spain, and Morocco, for example. This can lead to more understanding among people. This is something that we used to think as societies: that internet would bring more peace to the world. Now we know better; there are fake news, threats, trolls, propaganda, … We can also see how digital worlds are being cut off from one other: the Western world, China and now Russia. Jan comments how it would of course be nice if everyone were connected in a responsible way, and we could use the digital for the good things that bring people together. But ultimately, he says, digital is and should only be a tool.

This morning discussion was planned to be an Instagram live discussion. Along the way, the disruptions, however, became symbolic of the difficulties the digital world can entail. We launch things quickly and after some time, become aware that things are not going as planned. We react but realize that some people are already lost. The result ends up being something quite different – and often means extra efforts.

Whilst digital can at best make things easier and bring us closer, we both leave this talk thinking that digital should ultimately be only a tool. Digital services can be great and make our daily lives easier. When we design them, however, we should rethink how services are organized and make sure support is available. We should also make sure we understand the communities the services are meant to serve. This may mean, for example, that we create new accessible communication channels, support channels and provide assistance in diverse languages. Furthermore, along the digital channels, we should not give up on face-to-face services. Rather, we ought to find ways to make sure that those who need the services the most, have them readily available. 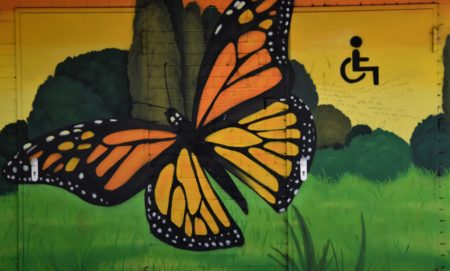 A multi-disciplinary group of students from Laurea (Degree Programmes of Social Services, and Nursing, and...