However, an effective or good learning environment is not only limited to the teacher’s performance. An educational environment should also focus on preparing the students for their future professional working life and should contribute to personal development. Another relevant factor is also the social well-being at the educational institution. Roff and McAleer have indicated that environments which are collaborative, collegial, and supportive, may enhance students learning, whereas environments that are competitive and authoritarian are perceived stressful and may result in demotivation and thereby compromising the learning process (Roff and McAleer, 2001). Finally, Yoo and Kim conclude that students’ happiness will be affected by the educational environments (Yoo and Kim, 2019). Motivation also plays a central part of learning and well-being. According to Hetzbergs two-factor theory a fundamental satisfaction is a prerequisite for students’ motivation and a later development, also in an educational context (‘Herzberg’s two-factor theory’). One can argue, that in order to develop study motivation, the students should be satisfied with the environment in which the learning takes place.

When exploring and visualizing students’ opinions on educational environments, several methods in this research field exist. However, when it comes to exploring new processes, Lego® bricks potentially increases motivation and the understanding of each other’s world images and possibilities. Lego® bricks are closely related to a person´s inner motivation; making inner pictures outer figures, which enable people to explain and talk about their visions. Lego® bricks are suitable as a method when it comes to vision and strategy; “where are we, where do we want to be and how do we get there?”

Papanagnou et al (Papanagnou et al., 2018) have tested a Lego® method in a simulation workshop. The study concluded that the Lego® bricks was well suited for the for the workshop purpose, and that the method can be easily applied in other contexts.
An International week at Laurea University, Finland which took place at 25.th-29.th of March 2019 as a part of the European Erasmus Exchange program. The topic of the week was: Everyday innovations. As part of this week, a specially designed workshop was held. The purpose of the workshop in this project, was for a group of students’ and their educators to build their dream educational environment in Lego® bricks.

The participants all volunteered to be a part of the workshop. The all received oral and written information regarding the project. All the participants gave written consent for participation in the project according to the Danish national ethical guidelines of consent regarding participation in projects, as well as according to ethical guidelines at Laurea University of Applied Sciences, Finland.

Materials
The workshop was executed with Finnish students’ and educators at Laurea University of Applied Sciences.

The workshop consisted of plenty of Lego® bricks, which included figures and artefacts. Each group received one or two templates and had access to a large pile of different Lego® bricks, ordinary square bricks, minifigures and different item such as wheels and food bricks.
The participants were assigned in groups with 3 persons pr. Group for the students, and one group consisted of 2 educators. The task for the groups was to build their dream educational environment, same task for all. The groups could use any many Lego® bricks as they felt necessary. The workshop facilitators observed building process, which took approximately 45 minutes. It was important to the facilitators to create a common experience for all the participants and a release of creativity, increasing innovation, new ideas and knowledge.’ within the groups. At the end of the workshop each group presented for the other groups and the facilitators and explained their template, possessing their creative Lego® environment. The workshop facilitators took notes during the presentation.

Results:
The project reveled one major theme: viable and sustainable learning environments, which were the single most important factor. Other relevant factors were physical and mental surroundings, which included coziness and comfort. A separate silent place, and accessible gyms so students could work out. Study environments that contain both physical efforts and mental wellbeing were desirable. Natural bright areas and incorporating outside nature at the inside of the buildings. Beautiful arts in the areas as well as the possibility to be creative at the location were also wished for. Another aspect was, that educational environments should also include diversity and encourage students for free thinking. A goal was for the students to feel like a fish in an ocean, a natural part of the surroundings. Also, possibilities for different ideas working together at the educational institution, and environment that promotes networking were also needed. The possibility for students not only to learn and develop in different pace, but also inclusion of space for smart students to bloom. The educational environment should also include learning environments that seemed motivating for the students, such a school team spirit and social activities. Technology also played a central part, and did not only included internet access, but also the possibility to access sufficient technology, if some students for economic reasons, were unable to provide for proper equipment. Sharing and receiving relevant information such as for example an INFO wall was preferred, which is related to basic infrastructure at an educational institution. Finally, were possibilities for refreshment for both body and soul, which included healthy meals, produced by organic methods in compliance with viable and sustainable principles. Food for the soul were also in consonance with the factors related to mental surroundings. 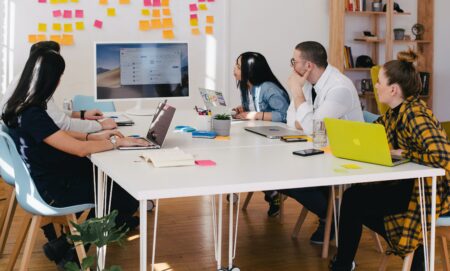 This article aims to introduce circularity thinking approach and give a first understanding of the... 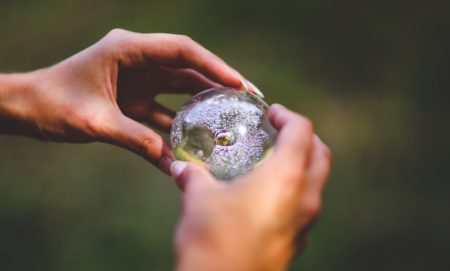