This January Timo Tolkki and I, Master´s Degree students from Laurea University of Applied Sciences, attended ”Arctic Winter School 2020” event at Harbin China. Winter school 2020 is part of University of Arctic (UArctic) courses and it was organized by Harbin Institute of Technology.

The agenda of winter school was Arctic Environment and Ecosystems and during the six school days, we had different lecturers from Norway, Russia, Denmark and China. The students at the winter school came all around the world, for example from Nigeria, Thailand, USA, Norway, Sweden, Russia, Poland, Mauritius, Canada and of course China. Lot of great similar minded people from different backgrounds!

Our trip started January 4th  2020 when we flew from  Helsinki, Finland to Peking,  China. I managed to break one of the finger print scanners at the passport and visa control booth, but luckily the officer was  polite and patient and we just had to change to another booth and all was ok after that. Huh!

We had to wait 5 hours for  the next flight and we got  some rest on the airport  seats.  Our next flight was January  5th to Harbin and we  landed there around 2pm local time. We met our pick-up group and heard that there were people coming from other countries that we had to wait for. Finally around 7 pm we arrived to our hotel.

Timo  and I shared a room that  was nothing fancy but we  had wlan, shower and good bed, so we were satisfied on that. Breakfast on the first morning in China was strange. No coffee (that could be called coffee), no milk based foods and no cold drinks. This was a shock, but we found coffee from the nearby petrol station, and I learned to bring my own water bottle to the breakfast table.

Studies at the University

University was just in front of the hotel, but you had to cross a busy street. At first that was an impossible trick for us, but we managed to understand  the way the process worked. So after 2 days we crossed the roads like the locals.

Lectures started at 8 am every day and most of them ended around 5 pm. We had 1,5-2 hour lunch break during the day and there were couple of restaurants where we could eat our lunch. We got a smart card that the organizers had put 175 yuan worth of credit that we could use for eating at the campus area cafeterias and to get supplies at the small kiosk located at the main building of the campus. Also we could have used that for buying dinner at campus area, but we did not use that opportunity.

Studies consisted on lectures, laboratory work and group  assignments. Mornings were usually dedicated to lectures and during afternoon we made group assignments and laboratory work. Group work was the hardest, because the idea was that several people from different backgrounds should do a PowerPoint presentation on some subject that were studied here. Some were great, some were ok, but all got something done. I had some difficulties with my group, since we had no group leader like the other groups had.

On Saturday we participated the forum on “Polar Environment and Ecosystems”. In the forum there were several short lectures conducted by experts mostly from China but also from Russia, Denmark and Norway. Lectures covered topics from atmospheric and marine pollutants, sustainability waste water treatment to human psychology, all related to Arctic area.

There is no bar or dancing culture in this part of the China, but they have a lot of restaurants where locals gathered to eat and drink at evenings. Food is the best here and it is cheap. For 20€ your table will eat like kings. Food is a mix of different cultures from China and although you do not always know what you were eating, they were always tasty and good proper food. I tasted different mushrooms, fishes, meats, cracklings, fat, crabs, shrimps, duck flippers, liver, kidney, silk worms etc. and all of them was good basic Chinese food.
There were also karaoke bars nearby the campus area, and some of the students have been at those places. And really, you can only sing there.

In Harbin, they do not speak English in the shops or restaurants. The Chinese students speak English, some good, some little, some excellent. Usually Chinese students study English only for 4 years and after that you have to specialize to English language if you want to continue to learn it.  We learned 5 words in  Chinese (yes, no, hello,  thank you, that one) and  managed to get by with those together with hand gestures  and writing things down. People here are helpful and patient and they want to give you the best service possible.

As known, most of the Western Internet apps and sites do not work here.  The only western search engine that works is Bing.com and you should use other browser than Chrome. I bought a data package from my service provider to use mobile data for 1 GB on a fixed price at China, but I found out that didn’t get me far.  I  heard about and later found the vending machine where you can buy local prepaid SIM-cards at the airport without Chinese passport or student card, but at the mainland it is different. Buying a SIM-card at mainland China is hard for tourists.

At the hotel we had wlan, but is was slow and did not support WhatsApp. At the university there was a good wireless network, if you were able to get the credentials to it. VPN did not work on university network, but it worked on the hotel network. At the mobile network VPN´s worked just fine, and you could use Gmail or WhatsApp normally.

All of the students and the university used WeChat for communicating and installing it was a must. You can download it and register, but you needed a Chinese person to grant access to the app or from someone who had been over 6 month at China using the app. This is also something that should take into the consideration when doing studies at China.

So we are quite lucky in Finland to have Moodle or Optima or whatever platform to do our studies. I was told that the email never got popular at China and that is the reason these types of programs like WeChat are so successful and popular.

January 12thwas a travel day for most of the students. University had arranged 3 buses to get people from the hotel to the Harbin airport during the day but the arranged times were all bad for me. One was good for Timo so he left at 5:30 am bus, and me and a fellow Finnish student took a taxi to the airport at 9:00 am. That was a smart choice since our gate was moved and we had to find the new gate at the opposite direction of the airport.

Our flights were quite strange. First we took a domestic flight for 3,5 hours, landed, filled the plane again with people in 15 minutes and the continued the flight again. Then after 2,5 hours we got to Sichuan international airport, where we had 7 hours to spend. At the airport there were sleeping pods and they were free for transfer passengers. We spent 3 hours in our sleeping pods sleeping and relaxing. After that we ate and around 12 pm local time, we were able to drop our baggage to the counter. Then started the 1 hour security check procedure, but this time it was much easier. Finally we had a 9,5 hour flight back to Finland where we landed 5:20 am local time. The overall trip back to Finland was really hard work.

Who should enter next time and what to take on consideration?

You don´t have to know that much about the topics. Most of the students were from different background of studies, so if your field of expertise is not Arctic Ecosystems, it does not matter. Keep an open mind and talk with other students. All of them are really smart and same spirited and also good company.

You need a visa to enter China and you have to apply for it in advance. Once you get it, next time will be easier. Also credit cards (Visa, Master Card) do not usually work, but you can get money from certain ATM´s. Cash was the easiest way for short term student, but if I would stay there for longer period, I would create a WeChat account. You need a Chinese Bank Account for that and it is a must, I you want to make your life easier.

Food is great, but you do not know what you are always eating. If that is a problem for you, you might have issues here. But you can have halal meat or vegetarian food at Harbin, and they both were great. Also this is a big city, traffic is awful and chaotic, so do not wander alone and be careful when moving around. Taxis are cheap and safe and the best way is to show them, where you want to go on your mobile phone.

People here do not speak English, but using your hands and simple Chinese words you will get by. Just be brave when you need help and ask for it. During winter it is cold, around -18 Celsius, so prepare to pack warm clothes and there is a heavy smog at the biggest Chinese cities so take that also on consideration, when applying.

And finally, trip to Harbin and then back took around 24 hours each way and you will be sitting on a plane or at airport most of the time. Be patient and polite, and you get good service at the counters, restaurants, security checks and airplanes.

There were students from many countries, but from Finland we had 8 students. So beside Chinese people, we were the next biggest nationality attending the winter school! The days were long, weather was cold, but we managed to keep our spirit high during the whole week. I recommend the event for open minded students, who want to experience something else than normal school week at Finland.

Issues discussed there were important and it is good to see that people in many nationalities are studying them and trying to find solution on the environmental issues around the world. Arctic environment is crucial for our future, so be part of keeping it clean! 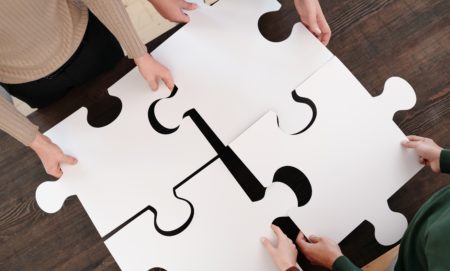 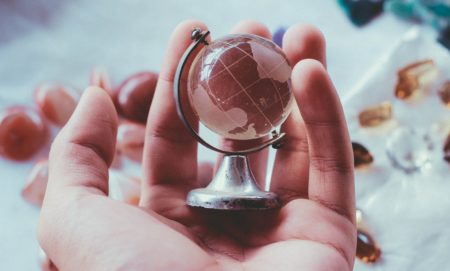 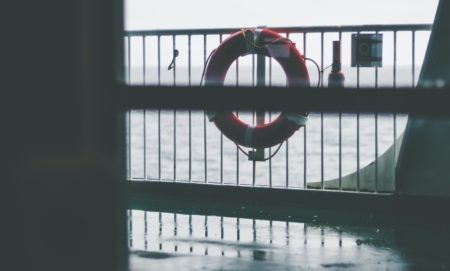